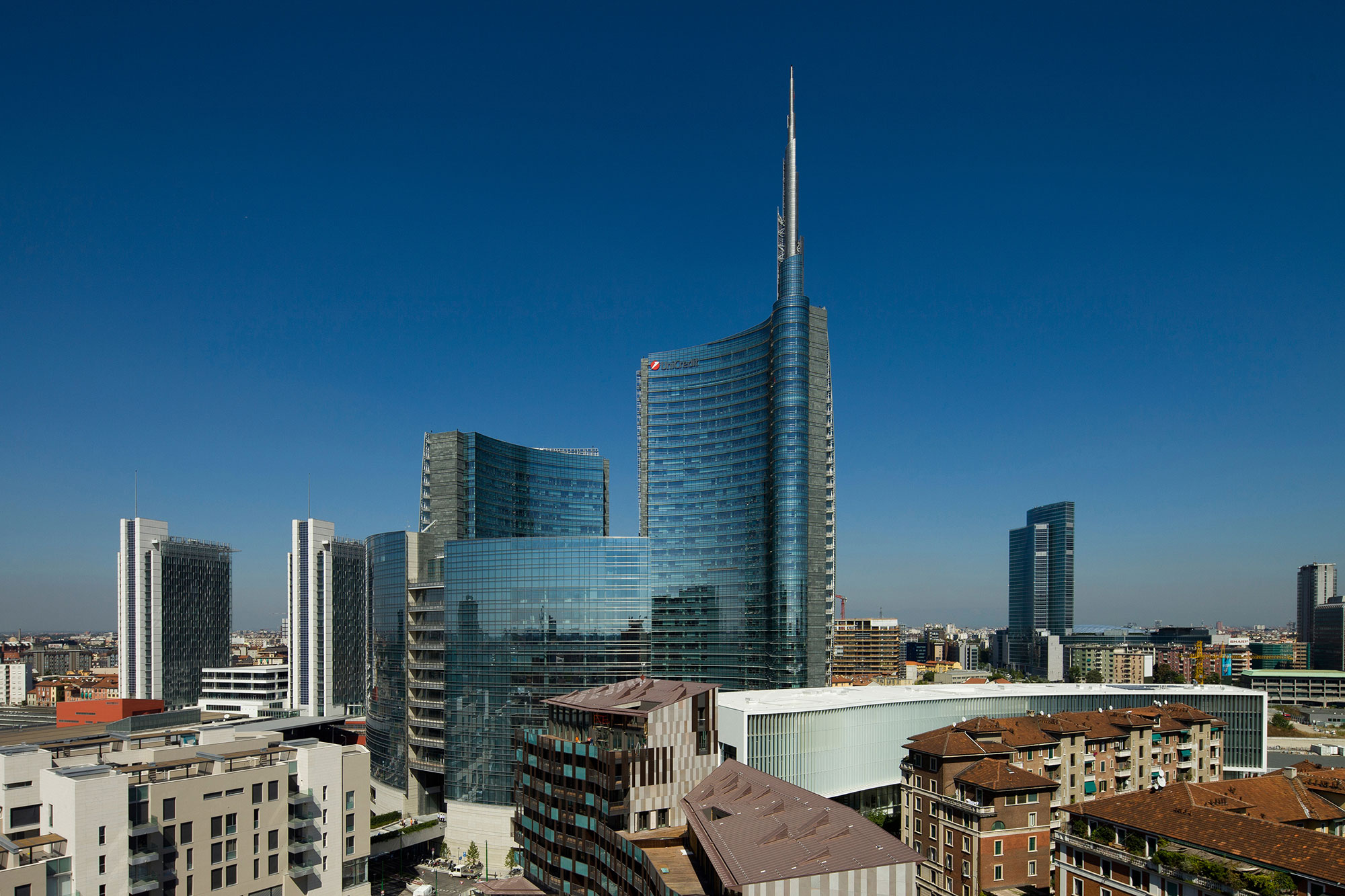 The urban requalification project in the Porta Nuova area in Milan, promoted by the Hines Italy SGR Group, is built on an overall surface of 340 thousand square metres and incorporates three distinct areas: Garibaldi, Varesine and Isola. Garibaldi's lot planning of the master plan and buildings for the service sectors has been assigned to Pelli Clarke Pelli Architects, from the United States, and it is part of a 3-story underground building called "Podio" (36.650 square metres), in which 3 semicircular tower buildings, respectively of 32, 22 and 11 stories, stand. There will also be two buildings (called El and E2), which are a Piuarch project, and another bulding named E3.
[contact-form-7 404 "Not Found"]